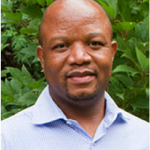 Sekibakiba Peter Lekgoathi (PhD, Minnesota) is presently at the University of Michigan, Ann Arbor as a Visiting Scholar in the UMAPS program. He is Associate Professor of History at the University of the Witwatersrand (Wits), Johannesburg where he teaches African history, American history, as well as the History of Globalization. He has published widely on the history of radio and its machinations in South Africa, both public and clandestine radio; the politics of ethnicity; the politics of knowledge production, with specific reference to the relationship between white anthropologists and black research assistants in Southern Africa; as well as on popular protests in parts of South Africa during the 1980s and early 1990s. He is currently working on a book manuscript on The Crystallization and Bifurcation of Ndebele Ethnicity in South Africa, 1960-2010.

This paper is about the social history of Radio Freedom, the African National Congress’s (ANC) radio station from 1963 to 1991. This first operated clandestinely inside South Africa in the early 1960s before being forced into exile where it became a fully established station later in the same decade. The study looks at the audiences of Radio Freedom, how they listened to the station, the music played on the station, which messages they appropriated from it, and the impact of those messages on political mobilization in the country. The paper advances arguments about how radio broadcasting became a strategic priority for the ANC and its allies in the aftermath of the violent crushing and the turn to the armed struggle. Radio became one of the key tools used by the liberation movement to counter the apartheid state’s propaganda messages and to articulate an alternative political perspective. Through Radio Freedom the ANC could make a direct connection with its supporters inside the country and influence political mobilization particularly during the turbulent years in the 1970s and 1980s. Despite the illegality of tuning into the station and the jamming techniques used by the state to block signal transmission, individuals from the younger, more politically active generation of black South Africans did find creative but discreet ways of tuning in to Radio Freedom. In addition to broadcasting news from the ANC’s perspective and propagating its ideology, Radio Freedom served as a channel for broadcasting political music and freedom songs through which supporters of the liberation movement within the country were mobilized. This station was arguably one of the major sources of information on the ANC, shaping political education and understanding of the developments and influencing political activities inside the country.

“Eye on Africa” is the weekly seminar series of the African Studies Center at Michigan State University. Read more about Eye on Africa...